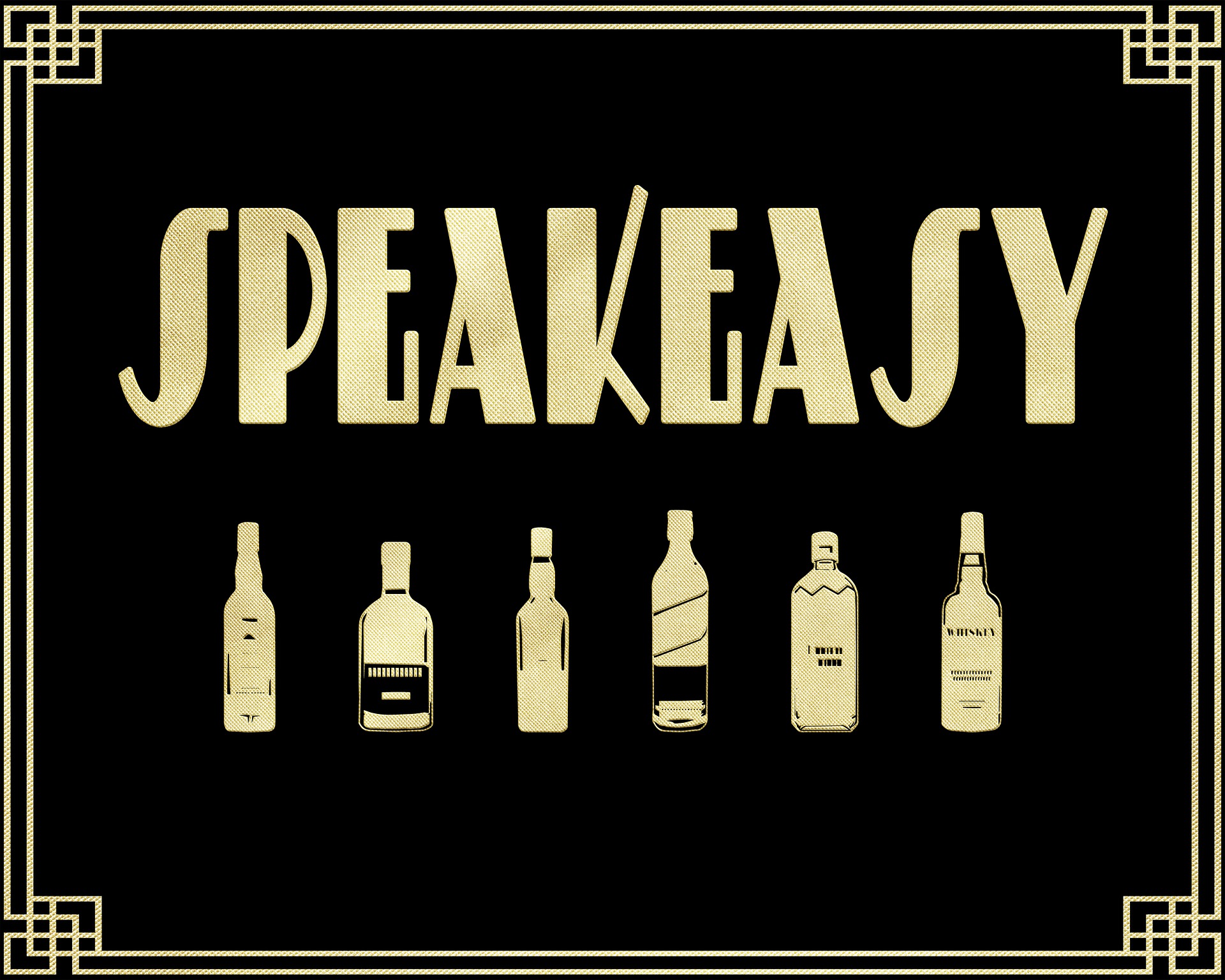 My great grandmother ran a speakeasy in Philadelphia during Prohibition. Her daughter, my paternal grandmother, assisted. My aunt, a teenager at the time, was tasked with delivering food to the prostitutes on the second floor, above the bar. And my dad, as a little boy, had the job of burying the money in the family basement.

Those true stories I heard from my father growing up always fired my imagination. Sadly, he never revealed more than those few scant facts, so I had to use my imagination to fill in the rest. My grandmother, Bobbie, died long before I was born. My grandmother, Maggie, died when I was a baby. My aunt, who lived to be 99, remained bitter about the role she played all her life, but refused to talk about it beyond dramatically proclaiming: “I saw things I never should have seen!”

My father, looking back with the memory of a child, could only remember that he buried the money in jars, and that it had long ago been dug up. And that the street where the speakeasy once stood had been plowed over to make room for a major highway.

My father wasn’t proud of the fact that his family ran a speakeasy, because they were illegal during Prohibition in America from 1919 to 1933. Selling alcohol was against the law, not to mention prostitution.

But the clandestine nature of speakeasies always intrigued me, beginning with the secret passwords customers needed to know to get in. My aunt’s story about prostitutes upstairs increased my curiosity even more. So several years ago I did some research and found out the that Philadelphia was a hotbed of speakeasies. And that many of them had prostitutes, because if you had one illegal business going, why not another?

That secret, shadowy world got me thinking that it might make an exciting setting for a fictional world. Which is how the idea for my historical romantic suspense, His Haven, was born. I didn’t set the story in Philly, though. Since I wanted a more sultry climate, I chose 1923 Miami Beach, which turned out to be perfect, because it turns out that Florida was the wild west of Prohibition. The state’s miles of wide open shoreline, which law enforcement couldn’t begin to cover in patrols, made it easy and profitable for rumrunners to smuggle in liquor from nearby Cuba and the Bahamas.

Speakeasies were rampant in Philadelphia, but even more brazen in Miami Beach, I discovered. So it was fun using them as settings in my just-released novel. Gritty, while also somehow glittery and glamorous. For a story featuring mystery, love, and adventure, what could be better than that?