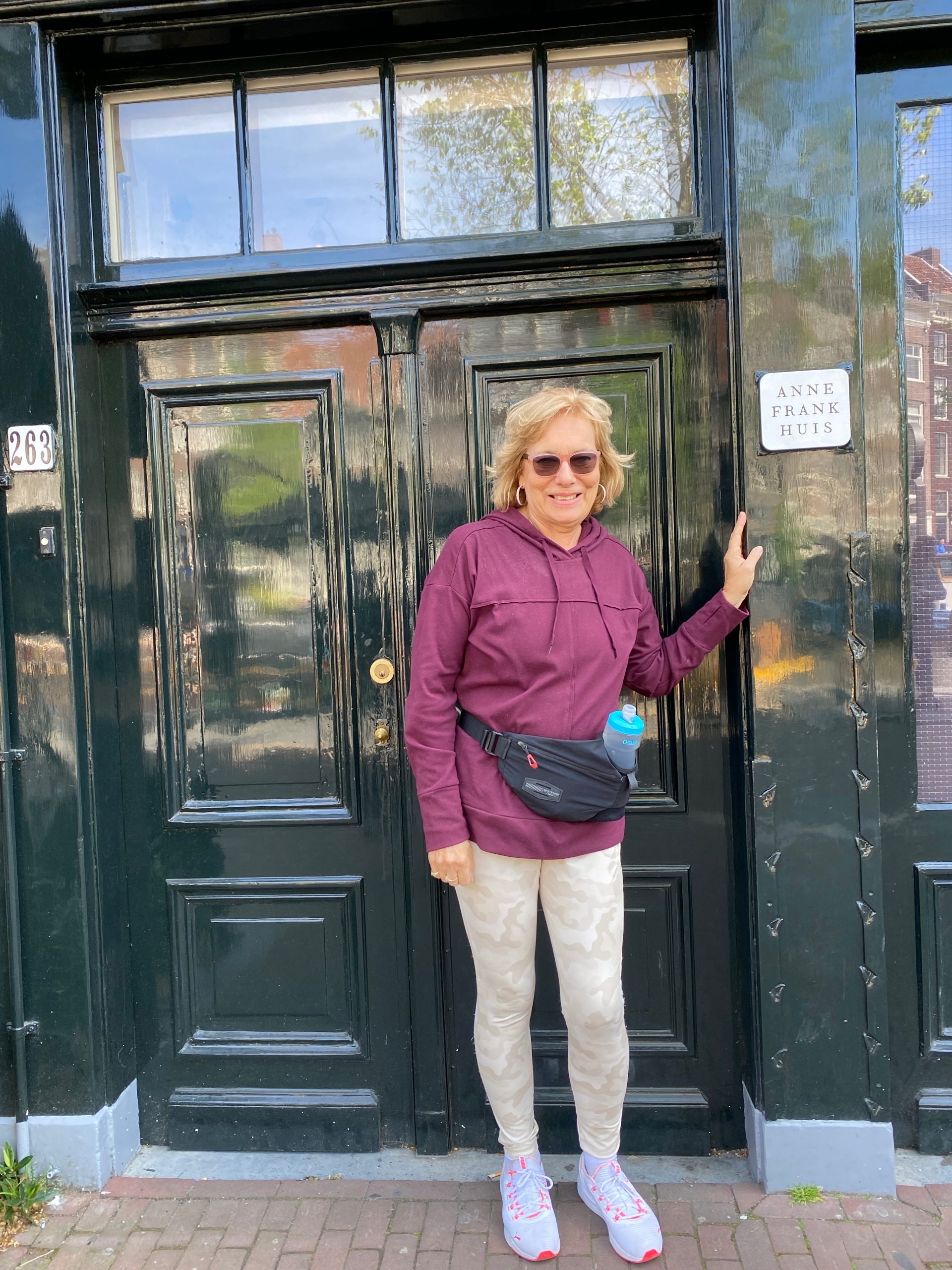 I didn’t have a reservation to get into the Anne Frank House, and that made me sad. I’d always wanted to visit the secret annex in Amsterdam where the Jewish teenager and her family hid from the Nazis before being captured and taken to concentration camps. But the online process for applying for a reservation confused and intimidated me, so I didn’t even try to get one.

Then, in mid-May, there I was in Amsterdam, a city I might never visit again. And I decided to let my desire to do something I really wanted to do overcome the fear that told me I didn’t know how. Strong desire gave me the courage to go for it, which taught me an important life lesson.

The challenge was that every day, people from around the world compete for a limited number of timed passes for entry to the Anne Frank House, and you have to get online at a specific time well in advance of your visit to compete to buy one.

I’d never been to Amsterdam before, so I had no idea where the Anne Frank House would be in relation to the hotel where I’d be staying. I also didn’t know how I would get there in any case, as I’d be a foreign country where as far as I knew, no one spoke English. And, making it even more scary, I’d be going alone, since the people I’d be traveling with had no interest in going with me. Too depressing, they said. But I’d read Anne’s diary, and her passion for writing inspired me as a writer, as did her upbeat outlook on life in the midst of evil.

I wanted to see where she’d penned that diary for myself. Yes, she’d died at the hands of the Nazis, but her diary survived to be published for the world, which was in itself a kind of miracle.

Once in Amsterdam, I obtained a good map of the city, where the Anne Frank House was clearly marked. I also learned that the city had a great public transportation system and that I could get there by tram. So I decided to take the tram there and at least see the outside of the house.

But how and where could I buy a tram ticket, and where could I get on? A tour guide assistant at the hotel where I was staying kindly helped me by walking me to the tram stop and helping me buy a ticket. I was delighted to learn that most people in Amsterdam speak English, so I was able to communicate with the driver about the right stop, too.

And then, once there, helpful tourists pointed me in the right direction, and I made my way to the front door of what had been Anne’s father’s business. A sign on the door read: “Anne Frank Huis” and people were taking turns posing for pictures in front of it. I asked someone to take one of me.

Success! I’d at least achieved my goal of seeing the outside. A woman who was leading a small tour told me that Anne and the others had gone in that door to hide, and had been led out of that door by the Nazis, but that the secret annex could not be viewed from the street, which is why it was secret.

So now, I really wanted to go in.

But I had no reservation. And fellow tourists around me told me what I already knew, that without one, I was out of luck.

Only, I refused to believe it. I decided to believe the impossible. That if I was meant to get in, I’d get in.

I asked people where the entry was, and was pointed around the corner. A man with an official uniform was there, talking to a woman with gray hair. I went up to him and asked, “Is there any way I can get a ticket to get in today?”

And miraculously, he said, “Yes. You’re in luck. This woman is alone, and she has an extra one.”

What unfolded after that felt magical, I have no other word for it. She kindly said I could use it. She was from Iceland and her name was Elfa and I told her she was my new best friend. We went in together and the tour experience was everything I’d hoped for and more.

I cried when I left, for Anne and her family and the others hiding with her, and for humanity.

But I also cried because getting in had felt like a miracle, and I believe in miracles. It also felt metaphorical. I’d believed it was possible, and so it was. I’d set my sight on a goal, and let desire overcome fear. And achieved.

But what had I been afraid of? Traveling across a foreign city alone.

Only the experience taught me that I wasn’t alone. Many people helped me get there, from the tour guide assistant at the hotel, to the tram driver, to tourists pointing me in the right direction. And then Elfa. If my timing had been any different, if I’d been off for even a minute, I might not have met her. But I did.

And it was magical.